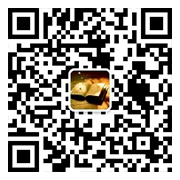 Read thefollowing text. Choose the best word(s) for each numbered blank and mark A, B,C or D on ANSWER SHEET. (10 points)

Thinner isn’t alwaysbetter. A number of studies have __1___ that normal-weight people are in factat higher risk of some diseases compared to those who are overweight. And thereare health conditions for which being overweight is actually ___2___. Forexample, heavier women are less likely to develop calcium deficiency than thinwomen. ___3___ among the elderly, being somewhat overweight is often an ___4___of good health.

Of even greater___5___ is the fact that obesity turns out to be very difficult to define. Itis often defined ___6___ body mass index, or BMI. BMI ___7__ body mass dividedby the square of height. An adult with a BMI of 18 to 25 is often considered tobe normal weight. Between 25 and 30 is overweight. And over 30 is consideredobese. Obesity, ___8___,can be divided into moderately obese, severely obese,and very severely obese.

While such numericalstandards seem 9 , they are not. Obesity is probably lessa matter of weight than body fat. Some people with a high BMI are in factextremely fit, 10 others with a low BMI may be in poor 11 .For example, manycollegiate and professional football players 12 as obese, though theirpercentage body fat is low. Conversely, someone with a small frame may havehigh body fat but a 13 BMI.

Today we have a(an)_14 _ to label obesity as a disgrace. The overweight are sometimes_15_in themedia with their faces covered. Stereotypes _16_ with obesity include laziness,lack of will power, and lower prospects for success. Teachers, employers, andhealth professionals have been shown to harbor biases against the obese. _17_veryyoung children tend to look down on the overweight, and teasing about bodybuild has long been a problem in schools.

3. A. Instead B. However C. Likewise D. Therefore